Through November 4, Pilchuck Artists are featured in three exhibitions at Schack Art Center in Everett, WA. Click HERE to read about the shows in the Everett Herald. 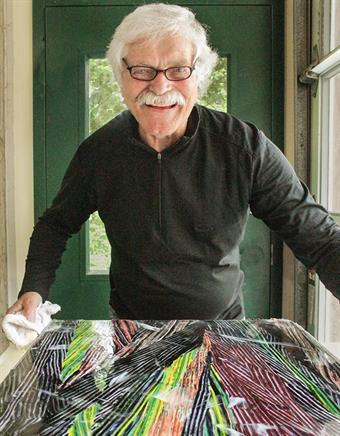 Renowned artist and teacher Klaus Moje has passed away. A studio glass pioneer working with kiln-formed glass, Moje founded the Glass Workshop at the Australian National University School of Art. He often taught at Pilchuck and was among the group of artists who broadened the international scope of it's programs. In 2013, he received Pilchuck's

Pilchuck 2015 EAiRs to Exhibit at Schack

Pilchuck's 2015 Emerging Artists in Residence will be featured in an exhibition at the Schack Art Center in Everett, WA October 6 - November 5. Click here for more information.

Pilchuck staffers Tina Aufiero and Abram Deslauriers, along with Liesl Schubel and David King, will present the installation "Flock the Optic" at Seattle's upcoming 9e2 event October 22 - 29. Check out the website for this exciting art exhibition and performance series. http://9e2seattle.com

Pilchuck staff members Tina Aufiero and Abram Deslaurier's are part of a 50-person roster participating in the upcoming 9E2 Festival, October 21 - 29, 2016. Click HERE to read an article about the festival in this month's CityArts. 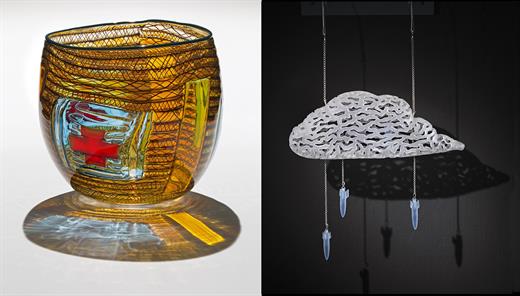 Connected through family and their shared love of glass, siblings Dan and Ray Friday have always been motivated by each other's dedication to art making. Together, they present new works inspired by family, nature and the Pacific Northwest. Through a wide range of processes, Dan and Ray's work pays homage to their Native American heritage as well as the 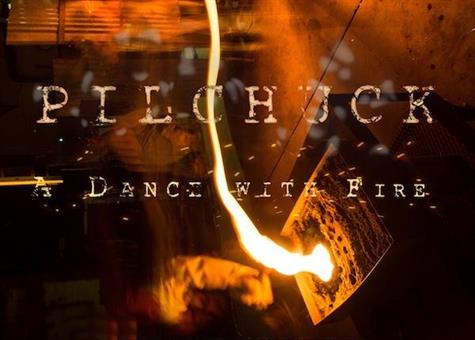