Last Thursday, May 12th at Chihuly Garden and Glass in Seattle, Washington, a full capacity audience of 275 guests attended Pilchuck Celebrates and toasted the 2016 Honorees. Well-known philanthropists Norma and Leonard Klorfine received The Patrons of the Arts Award, and master glass artist, Dante Marioni, was awarded The Libenský | Brychtová Award.

The Libenský | Brychtová Award acknowledges extraordinary talent and high achievement in the world of contemporary glass. The Patrons of the Arts Award is given to those individuals whose leadership and philanthropic contributions have impacted Seattle, as well as international arts communities. 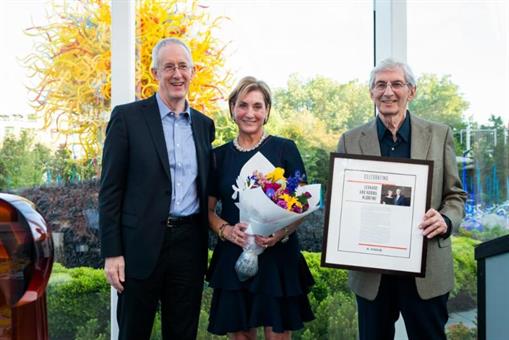 Pilchuck Celebrates Co-Chair, John Price, spoke of the Klorfine's generosity and philanthropy in the areas of arts and culture, medicine and the environment within the Pacific Northwest and nationally. Leonard and Norma were there to accept the award, and Leonard told the audience that their attendance at the first Pilchuck auction 30 years ago ignited their enthusiasm for glass art and established them as collectors. He proudly spoke about their longtime support of the studio glass movement and how much they enjoyed watching the movement evolve. 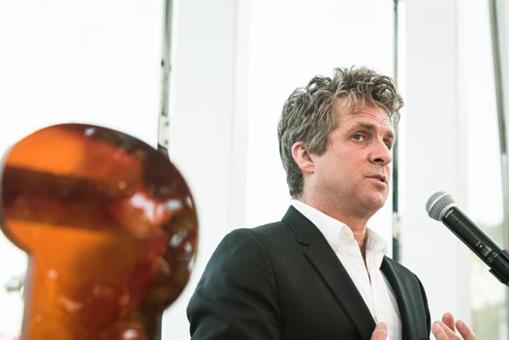 Dante Marioni's longtime friend and mentor Benjamin Moore spoke of Marioni as a youth and highlighted his dedication and determination from early on to learn glassmaking alongside the masters in the Pilchuck hot shop. Marioni cited his mentors as Dale Chihuly, Fritz Dreisbach, Benjamin Moore and Lino Tagliapietra and spoke graciously about them, as well as about Pilchuck and the influence the school has had on his education and career.

Pilchuck Celebrates brings together artists and donors to celebrate the school and to recognize artistic and philanthropic leaders.  The 2016 event was sponsored by Chihuly Garden and Glass in support of Pilchuck Glass School. Photo credits: Robert Wade.

Go back | Show other stories